It’s been a great year for “Hangar Talk” in 2022 at the Planes of Fame Air Museum in Chino, California. They have held many informative and entertaining sessions covering a variety of topics such that these events have quickly become an audience favorite. Here’s the line-up for the museum’s December 3, 2022 event. Museum doors will open at 9:00am with the Hangar Talk beginning at 10:30am in the Maloney Hangar. 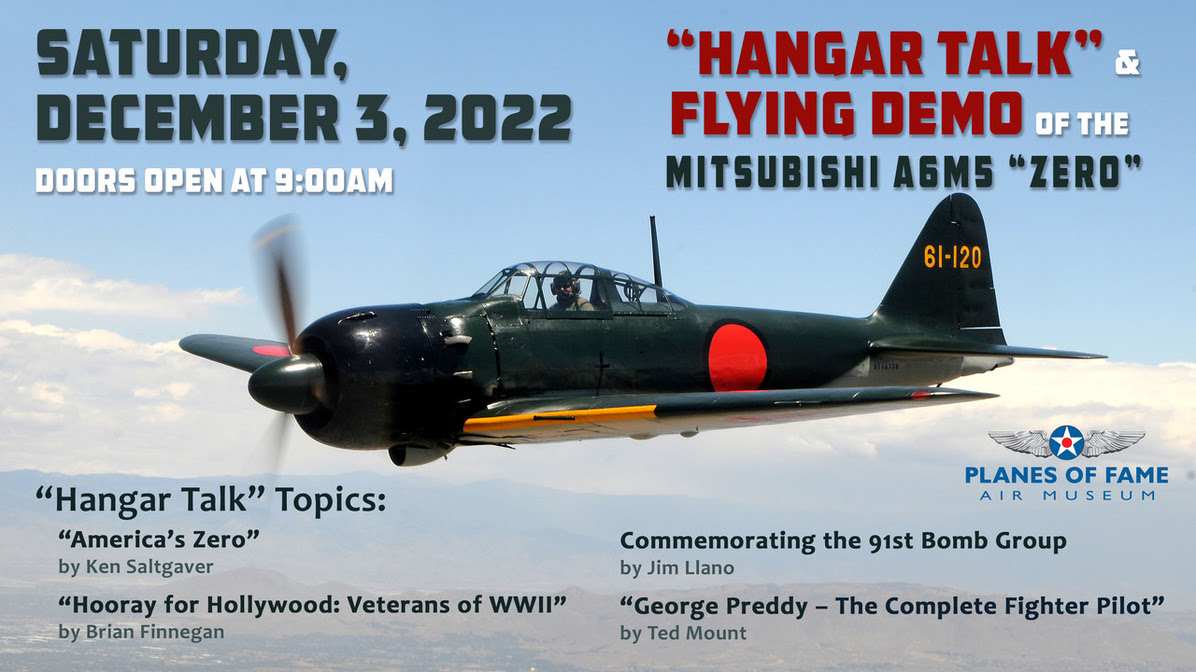 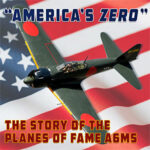 Most combat veterans will tell you that surviving warfare is a combination of having the right skills, being in the right place at the right time and simple “good luck.” This is equally true for aircraft which have survived past conflicts. Planes of Fame’s Mitsubishi A6M5 “Zero”, which will feature in Saturday’s “Flying Demo”, is one such example of a combat aircraft which survived World War II due to its technology, the skill of its pilots, and simple good fortune. The museum’s Ken Saltgaver will walk visitors through this naval fighter plane’s unique history – from its manufacture through to its preservation by Planes of Fame. Along the way, you’ll see the role which good timing and luck played in the survival of this very rare aircraft. 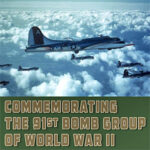 Eighty years ago, the United States began building up its arsenal of heavy bomber aircraft and the crews to fly…