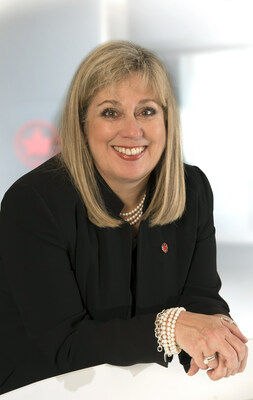 “Starting with her first job as a call centre agent, Lucie has at every stage of her remarkable, 36-year career contributed to Air Canada’s advancement. She is a leader who inspired her teams and all employees with her passion for customer service, her deep personal regard for her colleagues, and her unwavering commitment to our company’s success,” said Michael Rousseau, President and Chief Executive of Air Canada.

“It is no coincidence that Lucie’s rise through the senior management ranks paralleled the transformation of Air Canada into a leading global carrier, with our revenue doubling and our profitability growing even faster as we undertook a major, international network expansion. Capping this, she played a critical role helping guide Air Canada through the pandemic by implementing innovative revenue strategies that will now serve as the foundation for our future. Everyone at Air Canada joins me in thanking Lucie and heartily wishing her the best for a long, fulfilling retirement.”

She became a member of Air Canada’s executive team in 2008 as Vice President, Revenue Management. In 2015, she was named Senior Vice President, Revenue Optimization, with responsibility for yield management, pricing strategies, global sales and distribution activities. In her present role, she has oversight for optimizing all commercial activities for the airline and its regional partners, including network planning and management, revenue performance, product, marketing, branding, sales and distribution activities worldwide. She is also President of Air Canada Vacations.

In 2017, Ms. Guillemette was recognized by the Women’s Executive Network as of one Canada’s 100 Most Powerful Women in Business in the Corporate Executive category.

Air Canada is Canada’s largest airline, the country’s flag carrier and a founding member of Star Alliance, the world’s most comprehensive air transportation network. Air Canada provides scheduled passenger service directly to 51 airports in Canada, 51 in the United States and 88 internationally. It holds a Four-Star ranking from Skytrax. Air Canada’s Aeroplan program is Canada’s premier travel loyalty program, where members can earn or redeem points on the world’s largest airline partner network of 45 airlines, plus through an extensive range of merchandise, hotel and car rental rewards. Its freight division, Air Canada Cargo, provides air freight lift and connectivity to hundreds of destinations across six continents using Air Canada’s passenger flights and cargo-only flights with its fleet of Boeing 767-300 freighters. Air Canada has committed to a net zero emissions goal from all global operations by 2050.