WISTON, England, Jan. 9, 2023 /PRNewswire/ — Wallets, mobile phones, Kindles, reading glasses – it’s no surprise that everyday items are sometimes left behind when passengers disembark aircraft. Flight attendants and cleaners scour the empty cabin for neglected items after every flight, passing them on to lost property depots where they are generally held for three months. 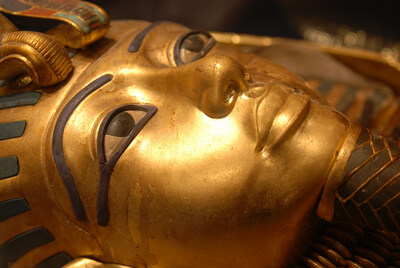 But, as well as the predictable lost property, airline staff also make some astonishing discoveries. Deborah Scott, co-owner at Artemis Aerospace, explores some of the bizarre items that passengers somehow forgot to gather up in the rush to reach their final destination…

1.  Passports
Despite the fact that this is the number one item you need to exit the airport, an amazing number of travellers leave their passport behind, often tucked into the seat-back pocket.

Most flyers realise within minutes they’ve left this vital document behind, and with luck, ground staff will be able to contact cabin crew or cleaners before the aircraft is locked. If the passport can’t be retrieved immediately, prepare for difficult conversations at immigration. Emergency documentation can be issued, but the process is likely to take some time.

2.  Egyptian artefacts
The Unclaimed Baggage Center in Scottboro, Alabama, reported an Egyptian burial mask and mummified falcon found in an old Gucci suitcase. The Center has also received a Rolex watch valued at $64,000, an eighteenth-century violin, a live rattlesnake and a Barbie doll stuffed with $500 of rolled bills.

3.  Top secret documents
One retired BA purser vividly remembers a 1970’s flight when he found a dossier of classified government information in a seat pocket of the first class cabin. The documents belonged to a government minister who had enjoyed a drink or three during his journey. Fortunately, the minister was still on the tarmac being greeted by local dignitaries when the discovery was made, and the purser was able to return the dossier (unopened!).

4.  Dentures
Flight attendants are mystified when they find false teeth left behind in the cabin. It’s hard to imagine how passengers can fail to realise their teeth are missing but, according to a Skyscanner survey, this oversight is not as rare as we might imagine. The survey findings also reported a left-behind trombone, canvas painting and top hat!

5.  A baby
Admittedly, the unfortunate baby in question was left behind at an airport rather than on the aircraft. The incident made global headlines in March 2019 when a Malaysia-bound plane was reported to have turned back to Saudi Arabia after a passenger told cabin crew she’d left her baby behind at the terminal. Air traffic controllers agreed the plane could be turned around and the woman was reunited with her child.

These Are The 21 Weirdest Things Ever Left On Planes (onlyinyourstate.com)