Air India – now owned by the Indian industrial giant Tata Sons – is reportedly close to placing what may end up being the largest commercial aircraft order in the industry’s history. 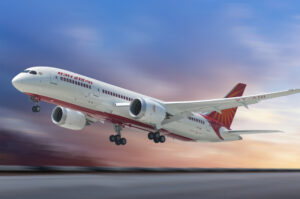 Air India image of a Boeing 787 in the airline’s livery.

The market is a key one for Boeing, especially right now, after it has been locked out of China because of geopolitical tensions. Air India, in particular, is said to be negotiating with Boeing to take up to 50 737s originally built for Chinese airlines, as part of a massive order that could total 500 planes.

As LNA reported back in September, Boeing has about 140 737 MAXes ordered by Chinese airlines or leasing companies ordering on their behalf. That’s about 50% of the total number of built but undelivered MAXes Boeing had in storage going into last year’s fourth quarter.

It’s fortunate for Air India and Boeing both that the airline has a need for a lot of new aircraft at a time when Boeing needs to move a lot of planes, but adding new aircraft is just one of many major challenges Air India’s new owners face right now. 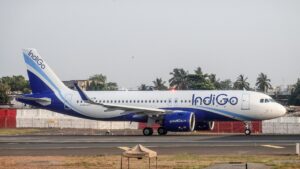 An IndiGo A320neo preparing for takeoff at Mumbai. (IndiGo photo)

Indian airlines are expected to take delivery of more than 100 commercial jets in the coming year, as continuing…

‹ Inside $10,000-a-night luxury mansions top stars including Benzema are jetting off to – with private jets and supercars › Elon Musk’s Private Jet Made 134 Trips in 2022 and the Shortest One Lasted Just 6 Minutes