How did the bones of a wartime RAF crew end up in the home of an obsessive military collector?

When a family living in a farmhouse on the North York Moors went to investigate a blockage in the septic tank they shared with the cottage next door, they made a grim discovery.

Nestled in the earth beneath the tank was a bone. And not just any old animal bone. A medical professional among them immediately recognised it as a human jawbone.

The police were called and a major inquiry swung into operation. Detectives swooped on Appletree Hurst Farm just outside the isolated hamlet of Chop Gate. Scene-of-crime tents were erected and forensic archaeologists rushed to the scene.

Examination of the jawbone, and a second one found nearby, revealed that they predated 1950, while marks on teeth indicated sophisticated dentistry compatible with the RAF. Even the slightest toothache could become agony for anyone flying an unpressurised aircraft at high altitude, so the RAF became pioneers in dentistry to keep their pilots in the air. The forensic team also found evidence of impact injuries on the bones and discolouration from contact with a helmet or chinstrap.

Alfred Milne, pictured on his wedding day to Gwendolen Margaret Oliver in July 1943 died when the plane he was piloting crashed just south of Middlesbrough while on a secret mission 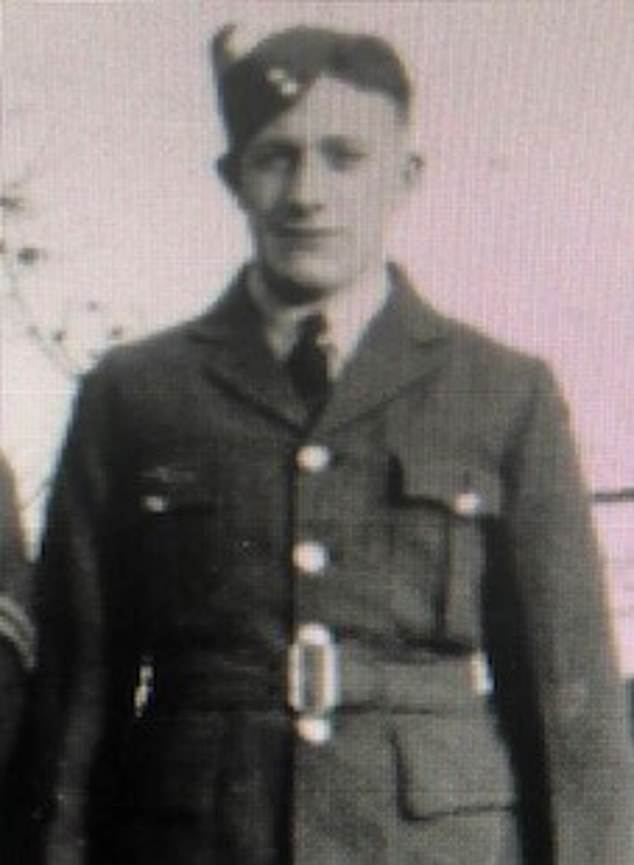 Milne was flying alongside Warrant Officer Eric Stubbs, 22, who also died in the crash

It soon emerged that the remains were of two 22-year-old pilots who had crash-landed in the course of a secret mission in 1944.