The trio of SU-24 fighter-bombers were filmed charging towards the £3.2bn aircraft carrier and her battle group as they sailed towards the Suez Canal.

The extraordinary footage, filmed in June 2021 during Queen Elizabeth’s first operational mission, has been revealed today ahead of the release of a BBC documentary into the ship’s seven-month deployment to the Far East.

In it, the three Russian warplanes can be seen hurtling towards the 920ft ship and the 1,500 men and women who live on board – in a move that could easily have triggered a diplomatic catastrophe. 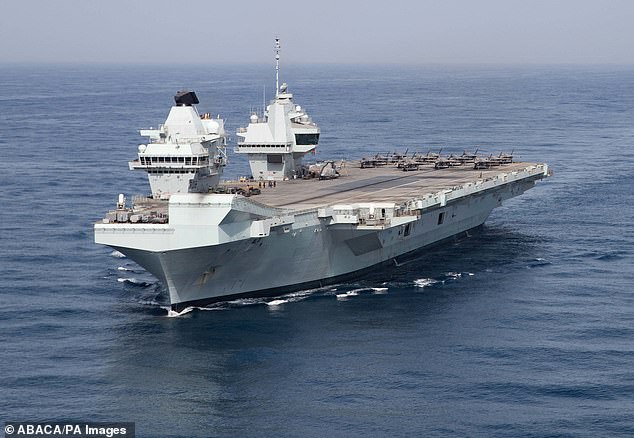 As the aircraft approach, Royal Navy officers can be seen scrambling into action as Queen Elizabeth’s compliment of F-35 stealth jets are readied to fly.

‘I’ve got three Russian jets at six miles,’ one naval officer reports as the Russian squadron, armed with 23mm cannons, closes in at 7,000ft.