This post is part of a series looking back at the top naval stories from 2022.

U.S. allies and competitors both continued to expand their naval forces with the world’s largest navies investing in new hulls and capabilities. 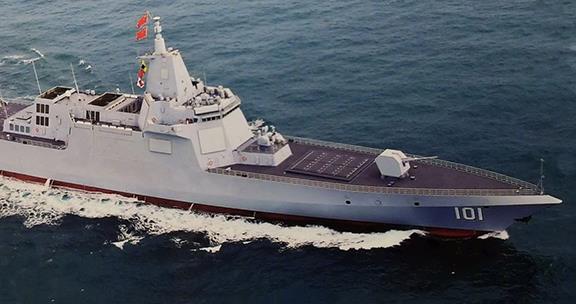 The People’s Liberation Army Navy grew its fleet with an emphasis on aircraft carriers, surface combatants and amphibious capabilities.

By 2025, the PLAN is set to grow to more than 400 hulls —up from its current count of 340 warships, according to the Pentagon’s annual report on Chinese military power.

“China, the top ship-producing nation in the world by tonnage, is increasing its shipbuilding capacity and capability for all naval classes: submarines, warships, and auxiliary and amphibious ships,” reads the report.
“China domestically produces naval gas turbine and diesel engines as well as almost all shipboard weapons and electronic systems for its shipbuilding sector, making the sector nearly self-sufficient for all shipbuilding needs.”

In June, China launched its third aircraft carrier Fujian (18) at the Jiangnan Shipyard of China Shipbuilding Industry Corporation in Shanghai.

Fujian is an 80,000-ton carrier and is the first in the PLAN to feature a catapult launch system. The current Chinese carriers — Liaoning (16) and Shandong (17) — are based on a Russian ski-jump…

A report into Australia’s military is about to be handed down. Now a bigger challenge is ahead