Without the Goose making an appearance, Christmas on British Columbia’s wild coast is incomplete… Even Scrooge acknowledges the significance of having a Goose at Christmas. And it also applies to the hardy Central Coast residents and workers of British Columbia, who rely on a Goose for holiday cheer.

Three historic Grumman Goose aircraft are still used for commercial flights by Wilderness Seaplanes out of Port Hardy, serving 50+ villages, resorts, and work camps along the West Coast. Their “flock” of red and white Grumman Goose aircraft that mimic Santa’s sleigh fly through snow, slush, and rain to carry people and gifts to their houses. 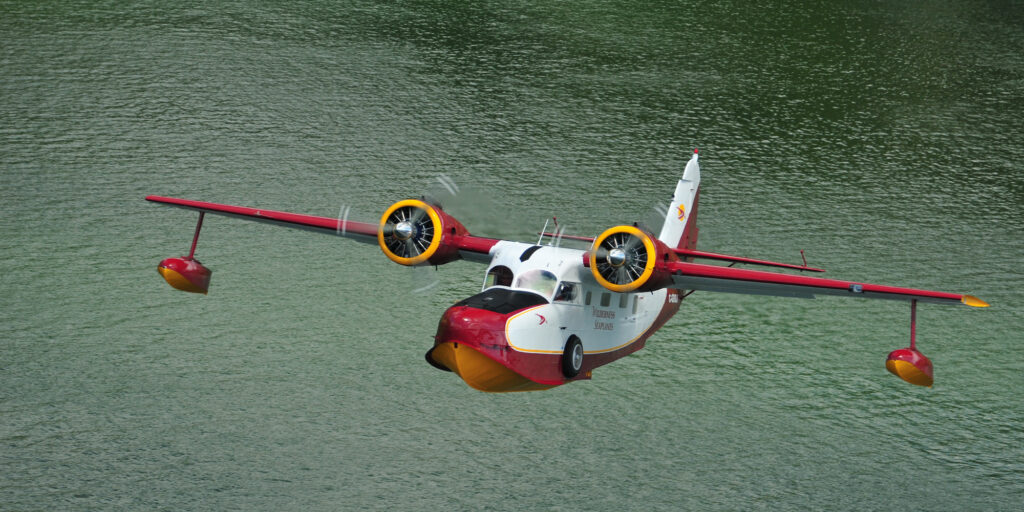 The last commercial flight of the iconic twin-engine seaplane is flown by Wilderness Seaplanes out of Port Hardy on northern Vancouver Island. These throughout the year fliers provide a connection for 50+ West Coast communities, resorts, and work encampments.

The Grumman Goose, sometimes known as an amphibious flying boat, was made between 1937 and 1944. Only 345 of what were initially intended to be “flying yachts” for affluent businessmen on the east coast of the United States were ever built. But the military and aviation businesses have long made substantial use of reliable aircraft in British Columbia. The Goose has been providing service to coastal towns in British Columbia for more than 50 years under several corporate names.