BEVERLY HILLS, Calif., Jan. 6, 2023 /PRNewswire/ — John Travolta, The Official Ambassador of Aviation, to host the 20th Annual Living Legends of Aviation Awards on Friday, Jan 20th 2023, at the Beverly Hilton Hotel in Beverly Hills, CA. The event honors those who have made significant contributions to aviation/aerospace. This year’s Presenting Sponsors are Ducommun, Sierra Nevada Corp. and Williams International. 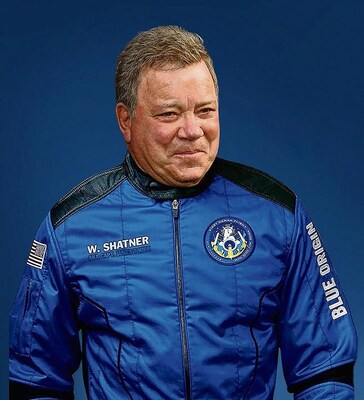 A highlight will be William Shatner receiving the “Aviation Inspiration and Patriotism Award.” Mr. Shatner is a private pilot and is world-renowned for television and film roles including the Star Trek series. He made history as the oldest living person to travel to space when he flew on Jeff Bezos’ Blue Origin space shuttle on Oct. 13, 2021.

The list of honorees also includes Mike Silvestro, the CEO of Flexjet. Mr. Silvestro will receive the “Lifetime Aviation Industry Leader Award” for his work in the fractional private jet industry.

Other awardees include Tim Ellis, who will receive the “Eren Ozmen Entrepreneur of the Year Award.” Mr. Ellis is the Founder of Relativity Space. Relativity invented a new approach to design, print and fly its own rockets, starting with the world’s first 3D printed rocket.

Mack Rutherford will receive the “Barron Hilton Aviation Inspiration Award.” Mr. Rutherford holds the Guinness Book of World Record for being the youngest pilot to fly solo around the world in a small aircraft. He accomplished the feat in August 2022 at only 17 years old. His sister, Zara, who finished her own global flight in January at age 19, currently holds the record for the youngest female to fly solo around the world.

The Living Legends will also welcome new inductees to their ranks:

As is their tradition, the Legends will also pay tribute to seven Legends who have “Flown West” since the Legends last gathering. They include Sigi Angerer, Joe Kittinger, Dietrich Mateschitz, Major General Carl McNair, Tom Poberzeny, Frank Robinson and Lou Turpen.

The Living Legends of Aviation are remarkable people of extraordinary accomplishment in aviation and aerospace; they include entrepreneurs, innovators, industry leaders, astronauts, record breakers, pilots who have become celebrities and celebrities who have become pilots. More than 100 men and women from across the world are among their ranks.

The “Living Legends of Aviation Awards” are produced by the Kiddie Hawk Air Academy, a 501-c-3 non-profit organization. Kiddie Hawk’s mission is to educate children about and spark their interest in aviation. Please visit Livinglegendsofaviation.org for more information.